As If Dating Wasn't Hard Enough Already, Apparently You Can Get Cavities From Kissing 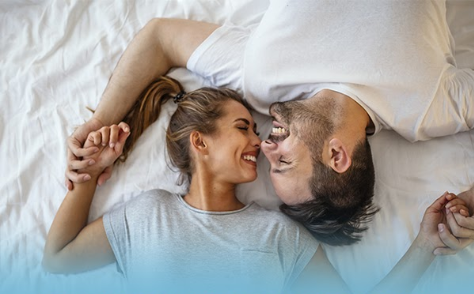 Colds, the flu, and strep throat are all contagious. You hear someone cough or sneeze, and subconsciously inch a little further away to avoid their germs. Bet you never worried, though, if your date was going to give you a cavity before smooching them at the end of the night.

But the truth is, you can catch a cavity just like you catch a cold. "Cavities are caused by bacteria that stick to teeth and feast on food particles and produce acid that causes tooth decay," Emanuel Layliev, D.D.S., of the New York Center for Cosmetic Dentistry, tells SELF. Our saliva maintains a happy balance of good and bad bacteria, but some strains can become more plentiful and harmful over time for different reasons—like when you eat a high sugar diet, which changes the pH of the mouth and gives the bacteria extra fuel. The main types of bacteria that cause cavities are Streptococcus mutans and Streptococcus sobrinus, Layliev explains. "Just like common cold bacteria, these bacteria travel." Whether or not a person has an active cavity, they can pass their strains of these bacteria along to others.

"Cavities are typically passed through mouth-to-mouth contact when there is an exchange of saliva," Layliev says. Your everyday peck isn't really enough to do it, but an intense tongue-touching spit-swapping makeout sesh will. Just think about how much of your partner's saliva you're introducing to your own mouth. Well, if there's cavity-causing bacteria in the mix, you're getting all that, too. Research backs this up, showing that oral bacteria is regularly transmitted between spouses.

Cavity-causing bacteria most commonly travels from parents to kids—like when a mother tastes her child's food first, or when she puts her baby's pacifier in her mouth when her hands are full. "Because their immune systems aren’t well conditioned, even kissing on the lips will begin to predispose them," Layliev says. It's even been found that kids in the same daycares carry the same strains of Streptococcus mutans.

Unfortunately, you can't tell what bacteria someone has in their mouth just by looking at them (though you may be able to notice if they haven't been to the dentist in 20 years). Dentists can't even figure it out in a routine exam—they can only see whether you've got cavities or not. Layliev suggests: "To be on the safe side, cleansing your mouth with an antiseptic mouth rinse after intimate contact should lessen your susceptibility." Also, taking good care of your teeth in general, by brushing and flossing daily, will make it less likely for that bacteria to put down its anchors and wreck havoc on your teeth and gums.