Meet Dr. Ossob Abdillahi - A Pediatric Dentist Who’s Passionate About Keeping The Smiles Of Your Kid

Home > News > Meet Dr. Ossob Abdillahi - A Pediatric Dentist Who’s Passionate About Keeping The Smiles Of Your Kid < Back
News and Events 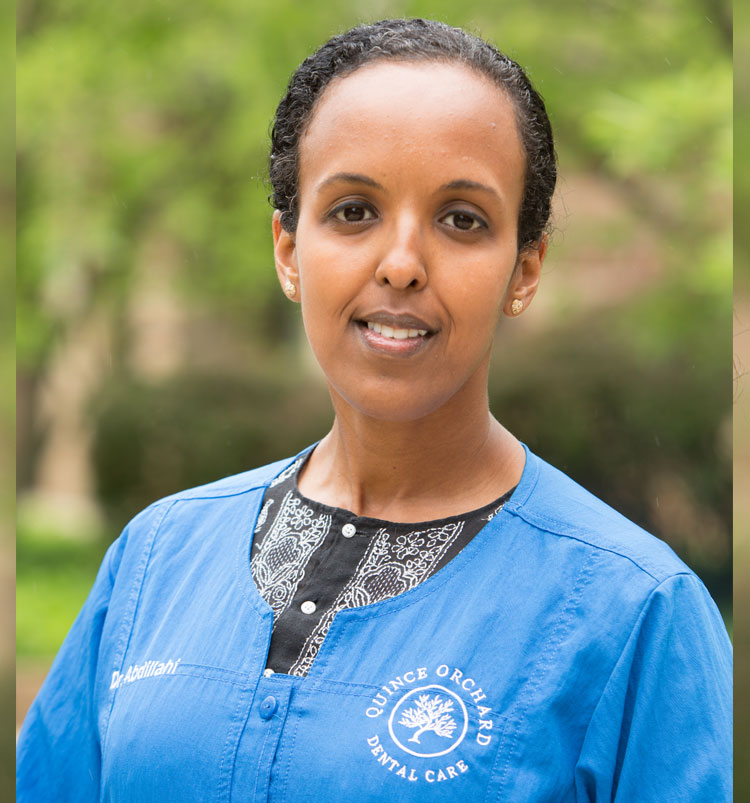 Meet Dr. Ossob Abdillahi - A Pediatric Dentist Who’s Passionate About Keeping The Smiles Of Your Kid

Dr Ossob Abdillahi  has created an admirable  niche for herself in the dental profession.  Soft-spoken with a calm and friendly disposition,  Dr Abdillahi is a Pediatric Dentist who is committed to working hard to keep the smiles of kids bright and healthy.  She has a reputation of making even nervous parents or scared kids leave with a positive experience after a dental visit.

Dr Abdillahi graduated in 2005 from the School of Dental Medicine at the University of Montreal, Canada. Upon graduation, she was the recipient of the Oral Biology award from the American Association of Oral Biologists. In 2006, she completed her General Practice Residency at the University of Washington. It was during her stint there where 80% of her patients were children that she realized she had discovered her calling and decided to pursue her career as a Pediatric Dentist. Her decision also stemmed from her first experience at the dentist’s office. She recalled her first visit as a child being an absolutely awful one but her second one being the total opposite, having dealt with an amazing dentist she knew she wanted to emulate. To make that dream possible, she later obtained her certification in Pediatric Dentistry from Howard University in 2012. She is also a member of the American Academy of Pediatric Dentistry, the Maryland Academy of Pediatric Dentistry, and the Canadian Dental Association.

Dr A (as she is fondly called) worked in various places over the years and has a very interesting work history.   She described her stint in St John Newfoundland, Canada, as one that was “simply amazing”. When she was offered a chance to volunteer in Tanzania, West Africa with Dentists Without Borders, an organization affiliated with her alma mater - the University of Montreal, she did not hesitate to jump on board. She described her time there as “humbling and eye-opening”. She worked closely with some very accommodating local doctors and volunteered in an environment with limited instruments and an overwhelming need for dental care.  This experience reinforced her life long desire and calling to be a dentist. It is with this plethora of insightful and life changing experiences that Dr Abdillahi is able to deal with nervous parents and children. She takes the time needed to calm the situation down, to listen and to understand before making her professional recommendations sound fun and inviting, which in turn builds necessary trust with her young patients and their parents.

As a Pediatric Dentist, Dr A alluded to the fact that a healthy mouth is part of a child’s overall health. Children need strong, healthy teeth to chew their food, speak and smile. A child’s teeth also help give his/her’s face its shape while keeping space in the jaw for adult teeth. It has also been shown in various studies that healthy mouths and smiles give young people confidence in their social interactions, and Dr A is happy that her profession allows her to play an integral role in aiding this process.

Originally from Djibouti, her father moved their family to Saudi Arabia to become an engineer.  She was fortunate enough to be able to do quite a bit of travelling and visited countries such as Switzerland, the Philippines and Singapore during her summer holidays where she was introduced to different cultures and languages. With this exposure she was able to take away the ability to speak four languages fluently, employ coping skills, empathy and most importantly, perspective. Her parents instilled in her that we are all global citizens and for this Dr Abdillahi is forever grateful for her parents being her daily motivation through their drive and living by example. Dr A is passionate and fully committed to bringing all of this and much more to the practice at Quince Orchard Dental Care.  She looks forward to meeting you and the apples of your eyes soon enough and welcomes you to experience the difference a worldly perspective can make.